Key facts
• soil-borne helminth infections are caused by various types of helminths
It is transmitted by eggs in human feces, which pollutes the soil in areas with poor sanitation
Nearly 2 billion people are infected with soil-transmitted helminths worldwide
• Infected children suffer from physical, nutritional and cognitive impairment
• Control depends on the following: getting rid of worms periodically in order to get rid of the worms that cause infection health education to prevent re-infection improve sanitation to reduce soil contamination with infectious eggs
Availability of safe and effective infection control drugs
One of the most common infections worldwide is soil-borne helminth infection, which affects the poorest and most disadvantaged communities. It is transmitted by eggs in human feces that contaminate the soil in areas suffering from poor sanitation. The roundworm (scratch), ascaris worm (capillary tract), hookworm (American deadly) and anclostoma are among the main types that infect people.
moving in
The soil-transmitted helminth infection is transmitted through the eggs and is transmitted from the feces of the infected person. Adult worms live in the intestine, producing thousands of eggs daily that pollute the soil in areas that lack adequate sanitation services. This occurs in several ways:
• Eggs attached to vegetables are eaten when they are not carefully cooked, washed or peeled
Eggs are ingested from polluted water sources
• Children who play in contaminated soil eat eggs and then put their hands in their mouths without washing them
In addition, hookworm eggs hatch in the soil, leaving the larvae that mature in a form that can actively penetrate the skin. People get hookworm in the first place by walking barefoot on contaminated soil.
There is no direct transmission from one person to another, or an infection of modern stools, because eggs that pass through stools need about 3 weeks to mature in the soil before they become infectious. Since these worms do not reproduce in the host person, recurrence of infection occurs only as a result of contact of infectious phases in the environment.
Morbidity and symptoms
Morbidity is related to the number of worms that are harbored. People who have a slight infection usually show no symptoms. Severe infections may cause a range of symptoms including bowel problems (diarrhea and abdominal pain), malaise, coughing, general weakness, cognitive impairment and physical development. Hookworms cause chronic intestinal blood loss, which may lead to anemia.
Dietary effects
Worms feed on the host’s tissues, including blood, which leads to loss of iron and protein
Worms increase nutrient absorption. Additionally, a roundworm may compete for vitamin A in the intestine.
• Also, some parasitic worms transmitted through the soil may cause loss of appetite, which leads to reduced food ration and fitness .. The capillary tract can cause diarrhea and dysentery.
WHO control strategy
In 2001, delegates to the World Health Assembly unanimously adopted Resolution (WHA 19.54) urging affected countries to start seriously in treating worms, particularly schistosomiasis in particular, and soil-transmitted helminths.
The strategy to control soil-transmitted helminth infections is to combat morbidity by periodically treating people at risk and living in endemic areas. People at risk are in the following categories:
• pre-school children,
School-age children,
• Women of childbearing age (including pregnant women in the second and third trimesters and during the lactation period),
• Adults in some professions with high risks.
WHO recommends periodic medical treatment (to get rid of worms) without a previous individual diagnosis of all people at risk in endemic areas. Treatment should be given once a year when the prevalence of soil-borne worms infection in the community exceeds 20%, and twice a year when the prevalence of soil-borne worms infection in the community exceeds 50%. This intervention reduces morbidity by reducing the burden of the worm. In addition to the following:
Health and hygiene education reduces transmission and recurrence of infection by promoting healthy behaviors; And
The provision of adequate sanitation facilities is important, but not satisfactory, in resource-constrained environments
Morbidity control aims to reduce the severity of infection and protect infected people from diseases through the periodic treatment of populations at risk.
The periodic worms disposal method can be easily incorporated into child health days or supplementary feeding programs for preschool-age children, or combined with school health programs. In 2013, more than 368 million school children were treated with anthelmintic drugs in endemic countries, which is the equivalent. 42% of all children are at risk.
Schools provide a particularly good point for introducing de-worming activities, as they provide a health and education component of the importance of personal hygiene such as promoting hand washing and improving sanitation.
Medicines recommended by the organization
Medicines recommended by the organization such as albendazole (400 mg) and mebendazole (500 mg) are effective, inexpensive, and easy for non-medical personnel to use. Extensive tests have been conducted to determine their safety and have already been used with millions 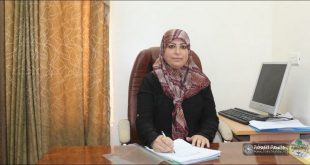