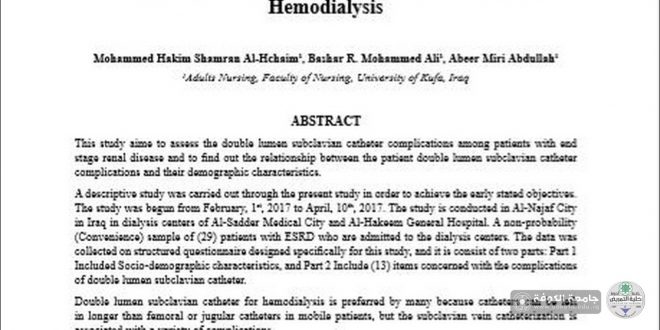 Lecturers from our college publish scientific research in an international journal

The lecturers at the Faculty of Nursing at the University of Kufa, lecturer Muhammad Hakim Shamran, and assistant lecturer Abeer Miri Abdullah and lecturer Bashar R. Mohammed Ali, published a scientific research entitled (Double Lumen Subclavian Catheter Complications among Patients with End Stage Renal Disease on Continuous Hemodialysis).
This research aime to assess the double lumen subclavian catheter complications among patients with end stage renal disease and to find out the relationship between the patient double lumen subclavian catheter complications and their demographic characteristics. A descriptive study was carried out through the present study in order to achieve the early stated objectives. The study was begun from February, 1st, 2017 to April, 10th, 2017. The study is conducted in Al-Najaf City in Iraq in dialysis centers of Al-Sadder Medical City and Al-Hakeem General Hospital. A non-probability (Convenience) sample of (29) patients with ESRD who are admitted to the dialysis centers. The data was collected on structured questionnaire designed specifically for this study, and it is consist of two parts: Part 1 Included Socio-demographic characteristics, and Part 2 Include (13) items concerned with the complications of double lumen subclavian catheter. Double lumen subclavian catheter for hemodialysis is preferred by many because catheters can be left in longer than femoral or jugular catheters in mobile patients, but the subclavian vein catheterization is associated with a variety of complications. The researcher can conclude that the infection of the catheter’s orifice is high percentage among double lumen subclavian catheters complications and the result shows that there is no significant relationship between socio-demographic data and complications. The study recommends that the catheter should be performed only by trained personnel and should enhance the methods of sterile techniques in hemodialysis unit to decrease infection by improving the nursing practice through training course.

To find out more information visit the link below … 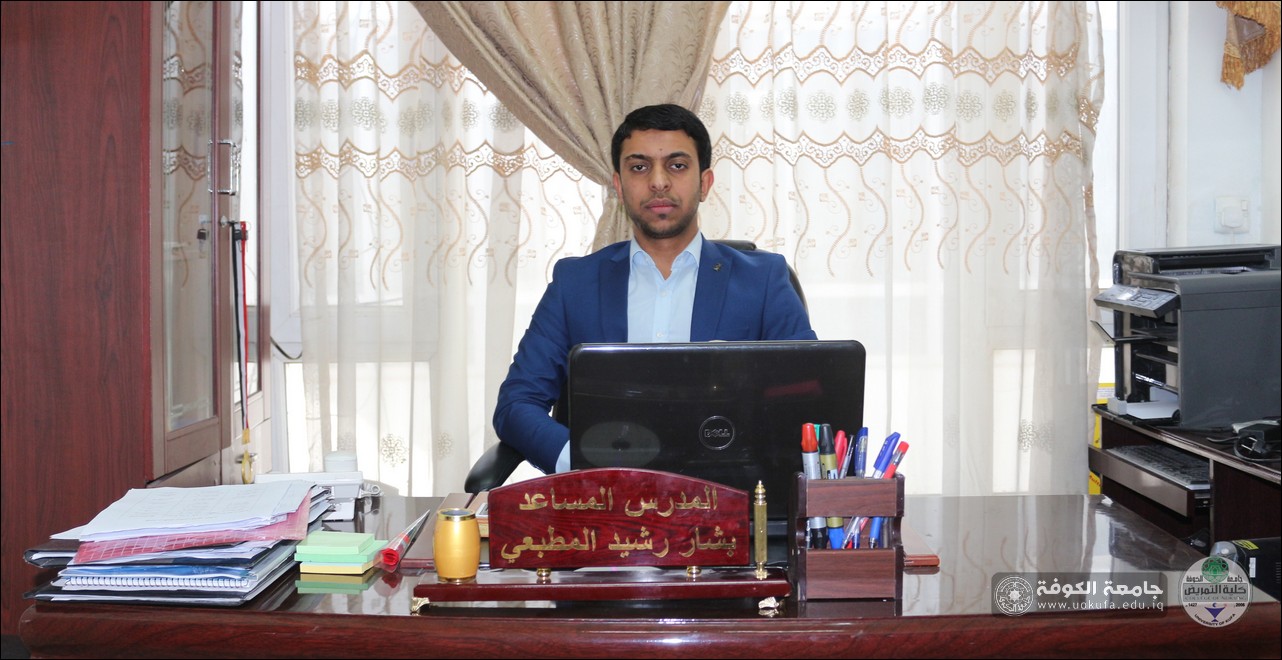 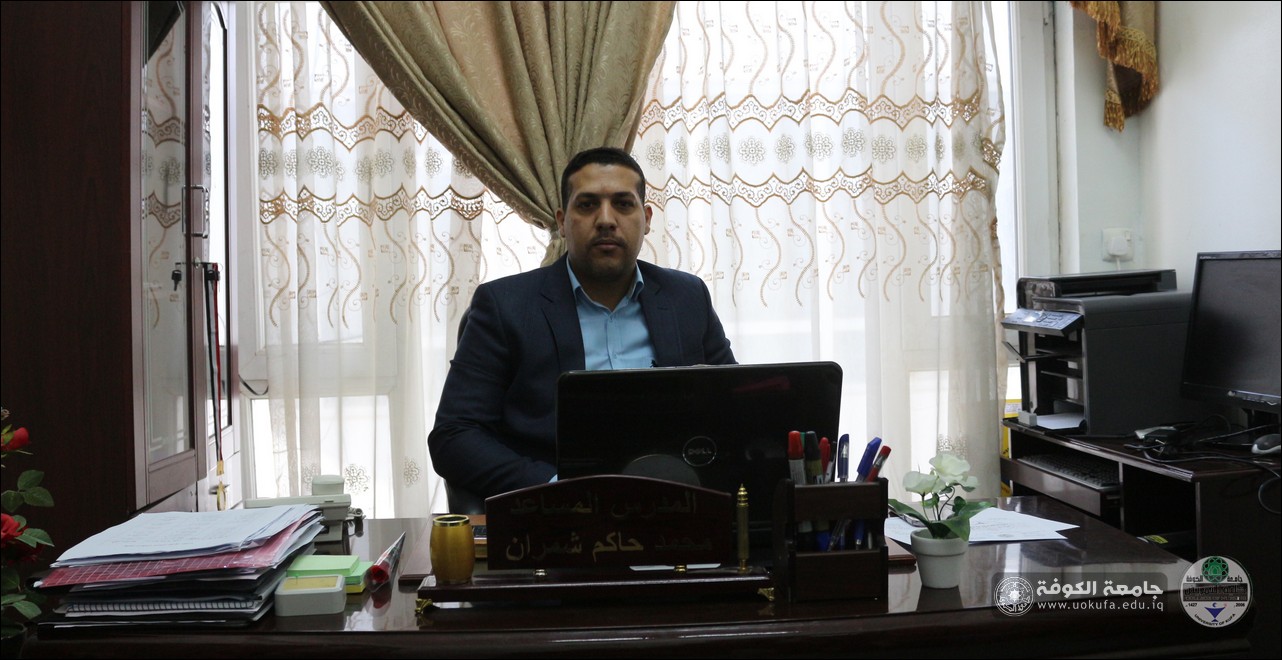 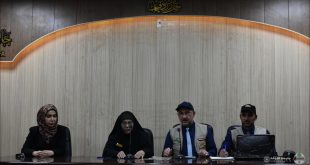 A scientific symposium was held at the College of Nursing at the University of Kufa, …