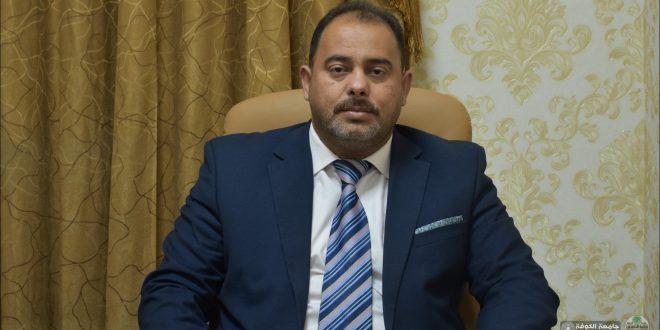 In the name of God, the Most Gracious, the Most Merciful (And We provided them with good things, so they did not differ until knowledge came to them)
Proceeding from the endeavor of the University of Kufa / College of Nursing to consolidate scientific research and support the scientific outputs of researchers, the journal
Kufa for Nursing Sciences is a solid scientific platform that provides readers and those interested with a set of scientific products for researchers from
Inside and outside Iraq, in addition, the magazine contributes effectively to the service of societies by publishing
Science and knowledge supported by scientific evidence related to describing and solving health problems. The Kufa Journal of Nursing Sciences
Since its establishment in 2011 until now, it has been concerned with publishing scientific research in various nursing specialties as well as
Other medical specialties concerned with human health, with the journal‘s full commitment to publishing the scientific products that are available
It contains the conditions and ethics of scientific research after being subjected to a sober and constructive scientific evaluation before publication.
Therefore, we invite researchers and academics to contribute to enriching sober scientific research by publishing on this scientific platform.

Objectives achieved until 3/1/2022
Completing the preparation of the new website for the journal and starting work on making it the main corridor to receive scientific research from inside and outside
Iraq.
Restore all previously published issues on the old magazine website and merge them into the new site of the magazine
Preparing an index for the magazine’s website visitors according to their countries
Preparing an index of keywords for each research published in the journal to facilitate the search process within the journal
Finding members of the editorial board of distinguished research contributions
Design a distinctive and modern magazine cover and logo
Designing a new TEMPLATE template for magazine research that matches the templates for international magazines
Starting to export the identification number of the research published in the journal, starting from the next issue scheduled to be published in June of
year 2022.