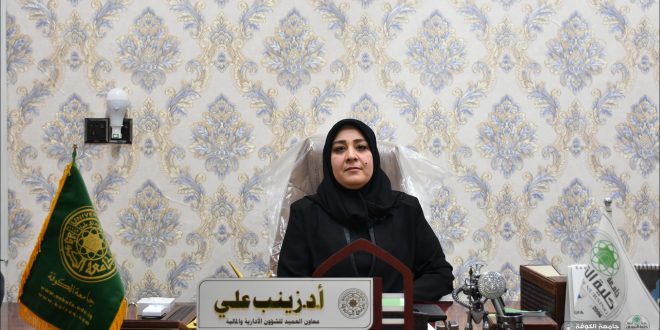 Cholera is one of the most important infectious epidemic diseases, as its infection is characterized by watery diarrhea, dehydration and fluid loss from the body, so infection can be fatal if not treated, and although its treatment is considered easy, the severe dehydration that it causes is responsible for Increasing death rates, especially in children and infants, and cholera was very common in the nineteenth century, and now the incidence of it has decreased as a result of the development of health systems in addition to the development of living conditions, in addition to the decrease in the incidence of it, but many methods must be taken to prevent it, especially when Travel to Asia, Africa, and some parts of Latin America,[1] and in this article we will mention how to prevent cholera.

Before delving into how to prevent cholera, the symptoms associated with cholera must be mentioned, and we have already mentioned the symptoms most closely related to it, which is watery diarrhea and the appearance of mucus and intestinal linings in the stool, as it is foul-smelling, although some infections cause diarrhea, but the diarrhea associated with cholera is massive and severe. In addition, other symptoms include:

Feeling of tiredness and restlessness.

dryness of the mucous membranes;

Symptoms can increase in severity as the disease progresses, such as; Rectal pain, fever, abdominal cramps, low or no urine, weight loss, epileptic seizures, and can lead to death, and severe cholera can be treated by replacing the body with lost fluids, as severe dehydration helps in acute kidney failure, electrolyte imbalances In the body, coma and death within 18 hours to a few days when not receiving treatment, and the death rate due to cholera is approximately 50% to 60%.

How to prevent cholera

In most cases of travel, especially to areas where cholera is spread, there is a high possibility of infection, and it is worth noting that you must learn how to prevent cholera by following the following tips:

Make sure to eat raw fruits and vegetables and peel them yourself.

Cholera infection is caused by a type of bacteria called Vibrio cholerae. The deadly effects of the disease are the result of a toxin secreted by bacteria in the small intestine. The poison causes the body to excrete huge amounts of water, which leads to diarrhea and a rapid loss of fluids and salts (electrolytes).

Cholera bacteria may not cause disease in all people exposed to it, but they can still pass the bacteria in their stool, and they can contaminate food and water supplies.

Contaminated water sources are the main source of cholera infection. Bacteria may be found in:

soil surface or well water. Contaminated public wells are frequent sources of widespread cholera outbreaks. People who live in crowded conditions without proper sanitation facilities are particularly at risk.
sea ​​food. Eating raw or undercooked shellfish, especially shellfish, which comes from certain places, can expose you to cholera bacteria. The most recent cases of cholera have been traced to the United States and found to be attributable to seafood from the Gulf of Mexico.
Raw fruits and vegetables. Raw, unpeeled fruits and vegetables are a frequent source of cholera infection in areas where cholera is present. In developing countries, fertilizer or irrigation water containing raw sewage can contaminate vegetables and fruits in the field.
grains. In areas where cholera is widespread, grains such as rice and millet that have been contaminated after cooking and kept at room temperature for several hours can grow cholera bacteria.
risk factors

All people are susceptible to cholera, except for infants who get immunity from breastfeeding mothers who have had cholera. However, certain factors can make you more likely to get sick or more likely to develop severe signs and symptoms.

Risk factors for cholera include:

Poor sanitary facilities. Cholera is more likely to grow in situations where maintaining a healthy environment, including safe water supplies, is difficult. Such cases are common in refugee camps, poor countries, and areas affected by famine, war, or natural disasters.

Low or no stomach acid. Cholera bacteria cannot survive in an acidic environment, and normal stomach acid usually acts as a line of defense against infection. However, people with low levels of stomach acid, such as children, the elderly, and people who take antacids, histamine-2 blockers or proton pump inhibitors, lack this protection, so they are more likely to get cholera.

Domestic infection. You are more likely to get cholera if you live with someone who has the disease.

Blood type O. For reasons that are not entirely clear, people with type O blood are twice as likely to get cholera as people with another blood type.

Raw or undercooked shellfish. Although industrialized countries no longer have cholera outbreaks

Cholera can become one of the fastest-killing diseases. In most severe cases, rapid loss of large amounts of fluid and electrolytes can lead to death within hours. In less severe cases, patients who do not receive treatment may die hours or days after the first symptoms of cholera. This is due to dehydration and decreased blood circulation.

Although dehydration and decreased circulation are the worst complications of cholera; However, other problems may occur, such as:

Low blood sugar (hypoglycaemia). Levels of sugar (glucose) — the body’s primary energy source — can drop dangerously low. Because patients did not eat food due to fatigue. Children are most at risk of this problem; It causes seizures, loss of consciousness, and even death.

· Kidney failure. When the kidneys lose their filtering ability, excess fluids, some electrolytes and waste products build up in the body — which can be life-threatening. In patients with cholera, renal failure often accompanies haemostasis.

Cholera is a rare condition in the United States, and its cases are no exception to cases associated with travel outside the United States or eating contaminated seafood from Gulf Coast waters that has been improperly cooked.

If you’re traveling to areas known to have cholera outbreaks, your risk of getting sick is very low if you take these precautions:

Wash your hands with soap and water frequently, especially after using the toilet and before eating. Rub the soap in. Wet hands together for at least 15 seconds before rinsing. If soap and water are not available, use an alcohol-based hand sanitizer.

Drink only safe water, including bottled water or water that you have boiled or sterilized yourself. Even use bottled water to brush your teeth.

Hot drinks are generally considered safe, such as canned or bottled drinks, but wipe the bottle from the outside before opening. Don’t add ice to your drinks unless you make it yourself using safe water.

Eat fully cooked and hot food and avoid street food, if possible. If you buy a meal from a street vendor, make sure it’s cooked in your presence and served hot.

Avoid sushi, as well as raw or improperly cooked fish and seafood of any kind.

Stick to fruits and vegetables that you can peel yourself, such as bananas, oranges, and avocados. And stay away from salads, and fruits that cannot be peeled, such as grapes and berries. 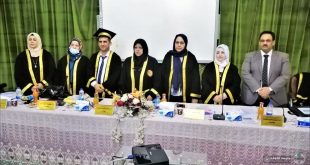