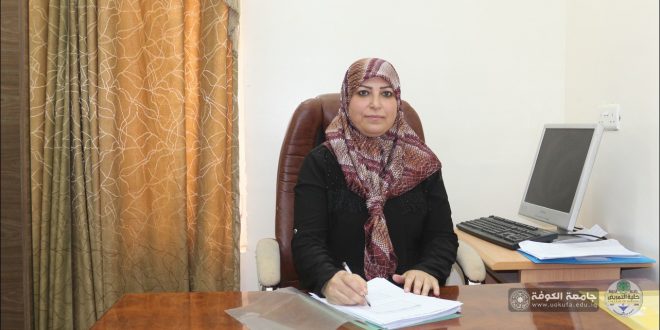 There has been a great deal of debate about many problems which our planet is facing today. Among these is the global warming which is considered one of the most serious threats. This essay will describe the reasons behind this global phenomenon, its consequences and some suggestions and recommendations to overcome its effects.

It is undoubtedly true that global warming is a gradual increase in the temperature of earth due to gases which produced from fossil fuels, huge industrial evolution, agricultural activities and other relevant processes. These gases called greenhouse gases such as carbon dioxide, methane, nitrous oxide, hydro fluorocarbons, per fluorocarbons and sulfur hexafluoride, but carbon dioxide is considered a valuable gas that may contribute to this problem.  These gases are emitted into the atmosphere mainly by human activities. Naturally the heat process begins with the energy which produced by the sun and then arrives on planet Earth. After that the part of this energy returns to Space, being reflected directly off the atmosphere by Earth’s ground, but some of this energy is trapped by greenhouse gases and remains on earth’s atmosphere causes global temperatures to rise, this process is known as the greenhouse effect.

There are many reasons for this phenomenon. Firstly, global overpopulation, the increase in human population has an enormous effect. Nowadays, the people have become prefer using privet cars rather than using the popular transport. Besides that, many people have more than one car these mean more cars on our streets and consequently more pollution. So, the amount of greenhouse gases released into the atmosphere are increasing. Nevertheless, more people mean more buildings, the buildings both commercial and residential represent a larger source of global warming pollution because they require a lot of fuel to be burnt which emits a large amount of carbon dioxide, and fossil fuels such as coal, oil and therefore natural gases are considered one of main reason for the problem of global warming.

The second cause is industrialization; factories have grown significantly during the last few decades, and several developing countries are becoming industrialized. Therefore, our sky has been deteriorated gradually by the fumes which comes out due to increased burning of fossil fuels and emission of carbon dioxide which is considered as a important source in the climate change. Moreover, not only the rich industrialized countries have to bear the future consequences, but other nations will soon face the same problem as well. Another reason that may play an important role in the emergence of global warming is deforestation, due to continuous cutting down of large areas forests all over the world. Unfortunately, these trees play a role in saving water, store land, filter the air and consuming large amounts of carbon dioxide and producing oxygen through photosynthesis. So, when millions of trees are cutting down each day, this means our environment is going down, because larger amounts of carbon dioxide will accumulate in the atmosphere, and ultimately the effects of this process on our environment are plentiful.

Global warming can have many effects on our life, and these effects are absolutely not good, the most important of which is the effect on weather. The earth’s temperature is gradually changing. As a result, there has been a lot of climate change and increases in the frequency and intensity of some adverse weather events, such as heat waves, climate cold, droughts, and floods. It is predicting that there are many extreme events in future such as hot summer and heavy rainfall over the next decades and a very high temperature can be fatal.  Global warming is also causing many bad hurricanes and earthquakes. Moreover, it has an impact on the environment by rising sea levels: Sea levels are rising due to thermal expansion of the ocean, along with melting of land ice.  On the other hand, global warming can seriously affect all aspects of human life, including emergence and spread of infectious diseases, because an increase in temperature can prolong the life cycle of diseases or its causative agents.  Additionally, the spreading of disease vectors “insects” especially mosquitoes and ticks which enables infectious diseases to be more easily contracted or enhancing the transmission of some diseases through the scarcity and contamination of potable water sources.  It has been documented that global climate changes may increase infectious disease transmission such as malaria, dengue fever, and yellow fever during summer months in many countries.   Moreover, global warming can affect our future ability to obtain food. The crops will be affected by a changing of precipitation, rising of temperature, desertification and increasing in atmospheric carbon dioxide levels.

In order to reduce the effects of global warming, we need to reduce the amounts of greenhouse gases, especially CO2, and this can be achieved through a successful cooperation between governments and citizens. The governments must help in prevent global warming through different ways; firstly, global warming can be reduced by using renewable energy resources. So, governments need to reduce our dependence on fossil fuels and encourage the citizens to use alternatives sources of energy, for example, energy from the wind, the sea and the sun, these activities are considered a preliminary step in the right direction to solve this problem. Secondly, increase awareness of people about various aspects of global warming to upgrade their knowledge about its causes, impacts and remedies. Provisional governmental programs of popular education should be implemented and funded using qualified personnels and problem solving experts through different media (television, internet, newspapers, and magazines) to convent people that everybody can be affected and should participate in these activities. They also encourage people for save much energy and using more efficient light bulbs or less hot water, as well as encouraging them to recycle, and this should be compulsory for everyone.

Apart from the above, we consider that global warming is manmade problem. Therefore, and in my opinion as a citizen in this world, we all have ethical duties to take care of our environment, so as to make it livable for our coming generations and we must take many steps to decrease the carbon dioxide that is released into the atmosphere through different activities. I think our attitudes to transport need to change by using popular transport rather than personal vehicle. Also, we can choose to walk, cycle and reduce the using for transport. Since cars are a major source of the problem, changing our behavior in this area would have a major impact in future. Furthermore, we can use renewable energy rather than fossil fuels. there is another fundamental thing can use to decline this problem such as buying energy efficient light bulbs, turning off electricity in the house, and expand the green areas in our community.

In conclusion, it can be said that global warming is considered one of the serious issue which facing mankind in our planet today. We have a biggest role in this problem by our activity in producing the carbon dioxide in atmosphere which lead to many bad and dangerous consequences to our life such as climates change that causes to precipitation patterns or severe and extreme weather events. Furthermore, human health and agriculture may be sensitive to climate change. Therefore, governments and individuals must work together to overcome this threat and take several steps to reduce its effects to avoid a huge change in the future. 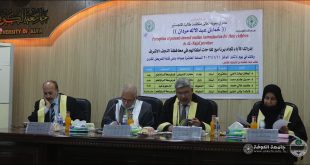 Discussing a master’s thesis in the College of Nursing

At the College of Nursing at the University of Kufa, a discussion of the master’s …